OpenCensus and OpenTracing have merged into OpenTelemetry!
Navigation :

Operations team gets an alert due to increased error rate for the inbox.Timeline.Messages RPC handler. The team looks at the dashboards and confirms that the handler is violating the error rate SLO. 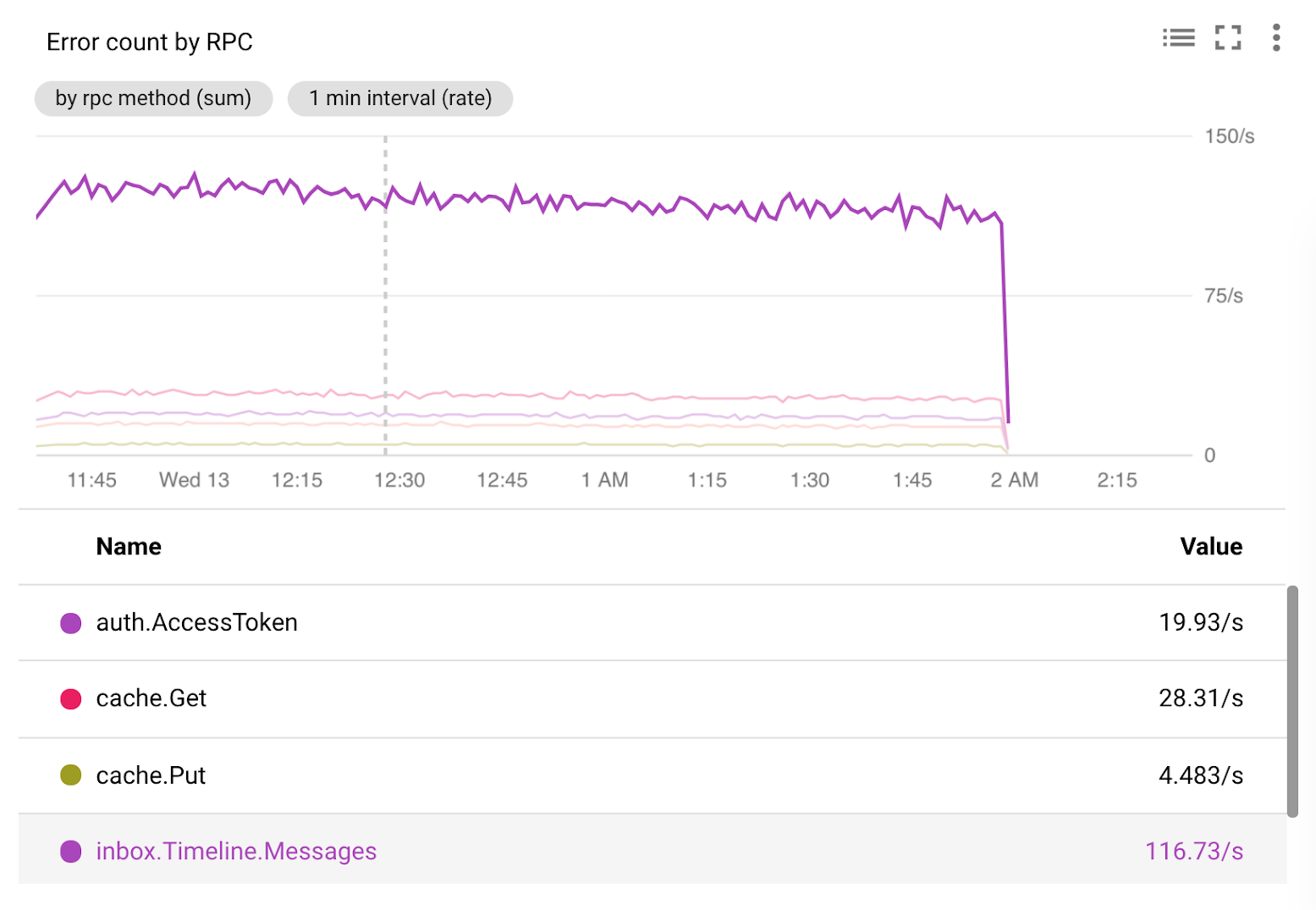 In order to debug, they query the tracing backend to search for a trace where inbox.Timeline.Messages span is errored.

From the traces, it is visible that mysql.Query is consistently erroring for inbox.Timeline.Messages. The error is INVALID_ARGUMENT.

Carefully investigating the code, they see that there is an escaping problem with the MySQL query. 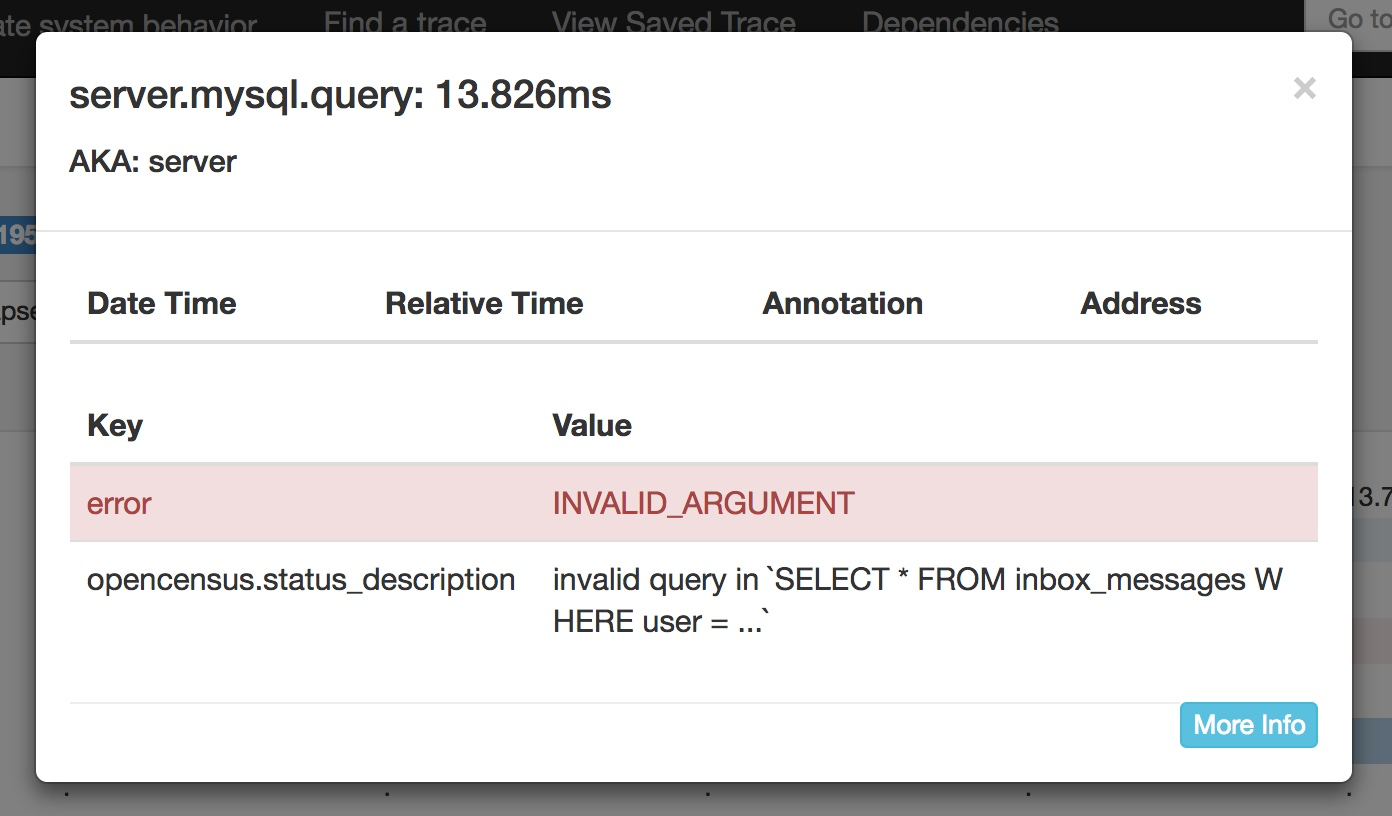 Developer team patches the handler and publishes a new release. The error is gone and the error rate returns back to normal.

Operations team gets an alert for increasing latency for the /timeline HTTP handler. The team looks at the dashboards and confirms that the handler is violating the latency SLO. 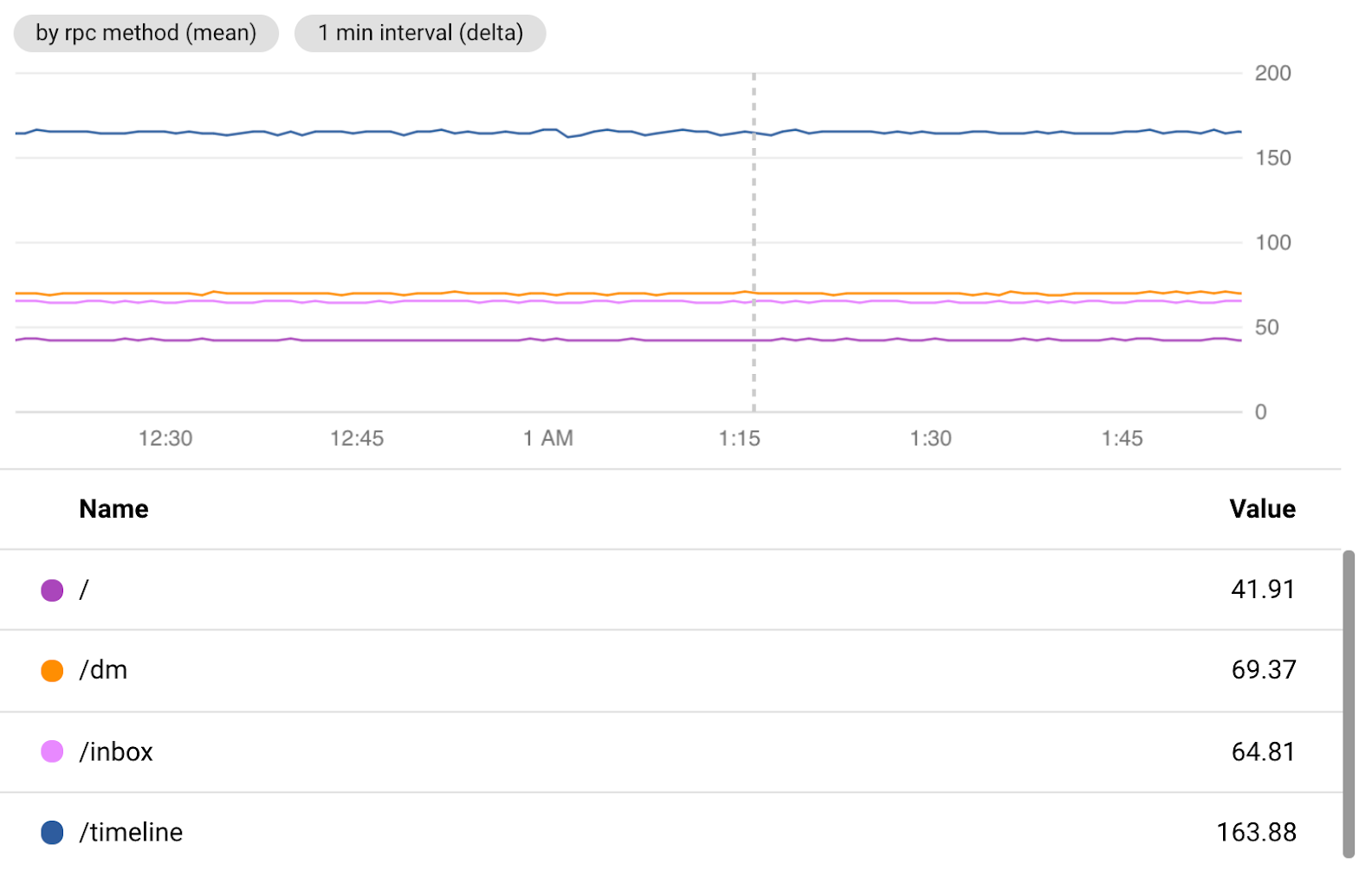 They query the traces to find a /timeline span that taking more than 100ms. 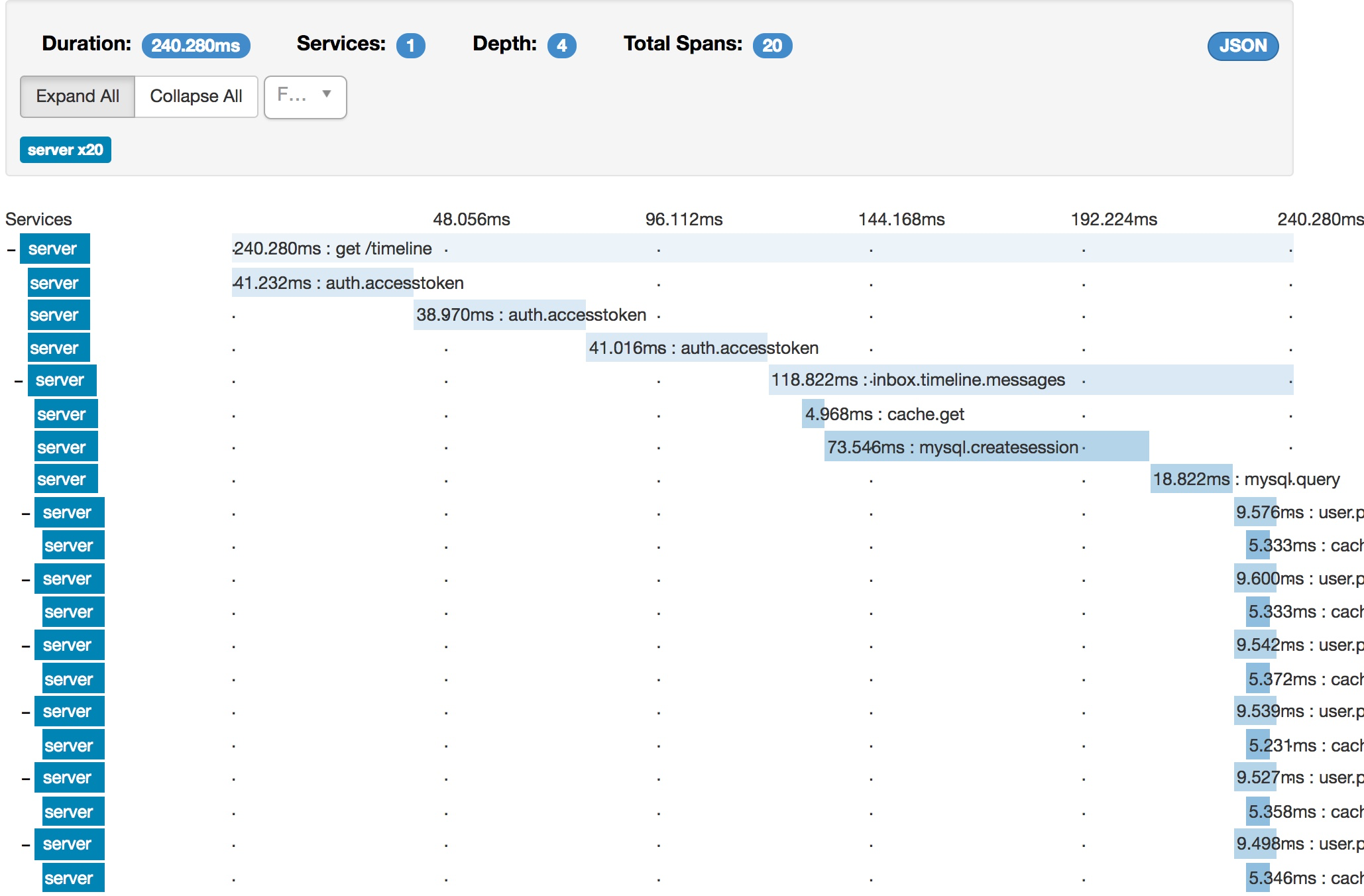 From the traces, it is visible that auth.AccessToken is often retried when serving the /timeline endpoint.

By looking at the logs with the NetOps team and they realize that there is a networking outage affecting the requests between the HTTP server and the auth service.

Operations fix the networking issue and retries don’t happen as frequently as they happened during the outage. Latency returns back to normal. 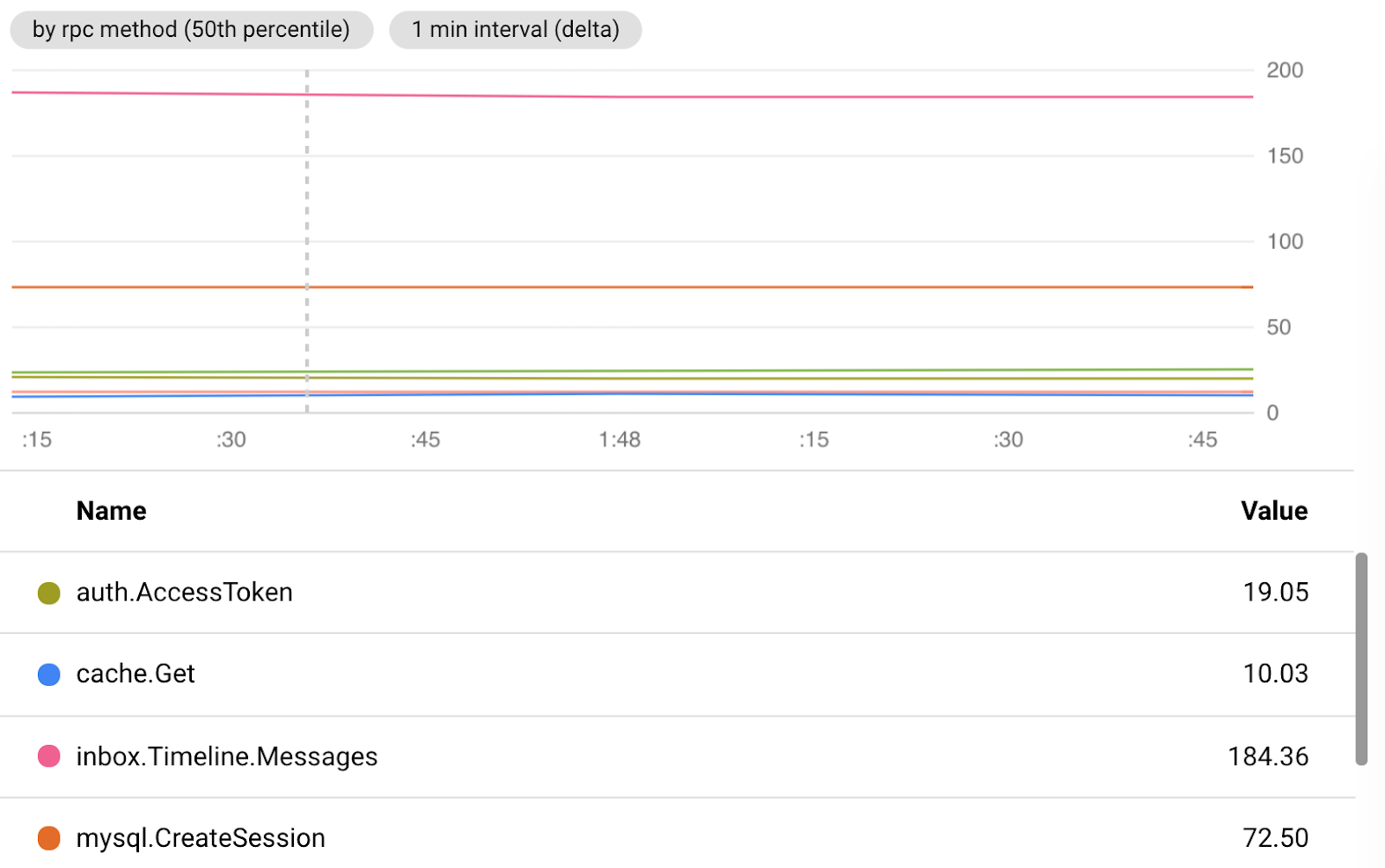 They search for a trace where inbox.Timeline.Messages span is taking more than 100ms and violating the SLOs.

They realize for all cases inbox.Timeline.Messages are querying the database and never see any cache hits. By looking at the handler source code, they see the latest development push mistakenly removed the cache.Put call after database is queries.

They roll back the new release and fix the bug.

With the new release, the results are cached and the RPC handler’s latency is in the target SLO.